When building a fabric for a cluster of servers and storage in the data center, how should you architect the network? There are several ways to approach this. The architecture you choose probably depends on your preconceived notions of what a network should look like and addressing the things that you care about. For example, does power and space efficiency matter at all? It usually does, given these are often finite and costly resources. The more power and space given to the network means less power and space given to storage and compute – the stuff that actually provides a return. 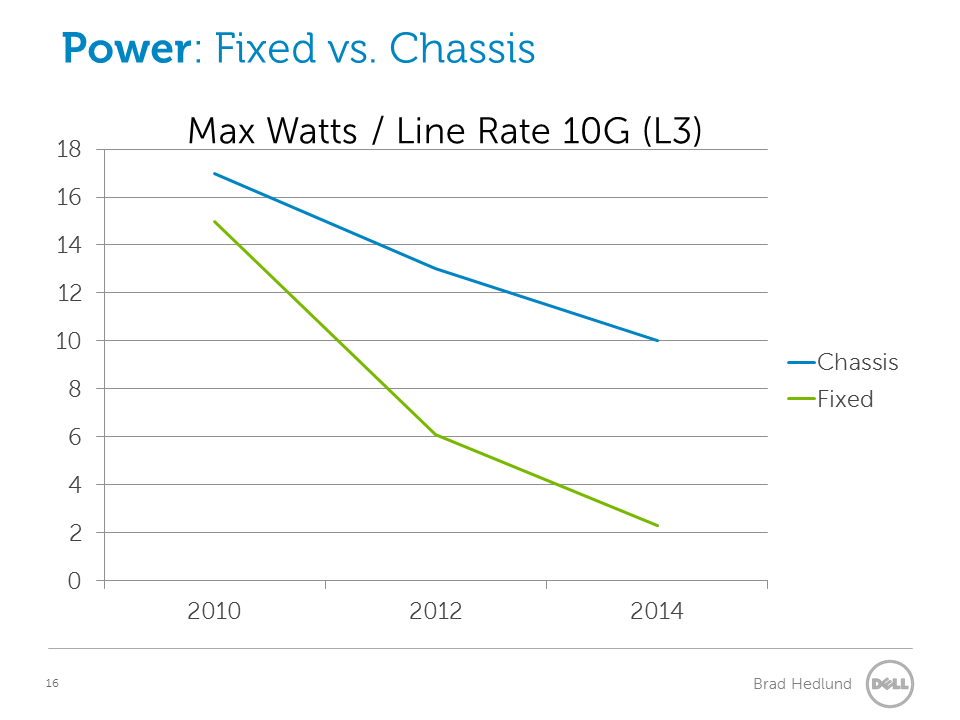 The line graph above shows the maximum rated power per line rate L2/L3 port. We are looking at the most dense platform for that year and from the data sheet we divide the max power by the number of ports. For the Fixed switches, I could have used data from the lower power single chip platforms, but to be extra fair we are looking at the higher power multi chip platforms (eg. Dell Force10 Z9000). I did not include 2008 because the chassis data for that year was so high that it skewed visibility for the remaining years. Chassis switches got significantly better in 2010 thanks to some new players in that market (namely Arista).

Note: Projections for 2014 are based on the trend from previous years. 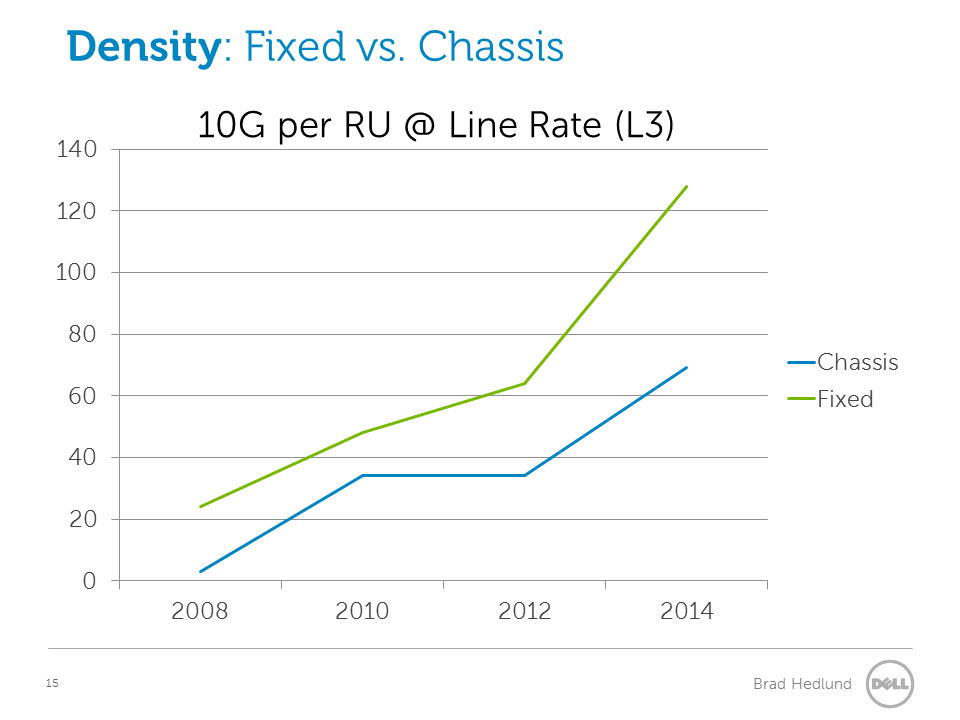 The line graph above shows the line rate L2/L3 port density of the most dense platform that year, Chassis vs Fixed. Pretty straight forward. We take the number of ports and divide it by the required rack units (RU). While each platform is getting better, the port density of fixed switches continually outpaces chassis switches with no end in sight.

Fixed platforms are more power and space efficient than chassis platforms, by a significant margin, year after year.

Some might say: “Yes, Brad, this is obvious. But comparing chassis vs fixed is not a fair comparison, and its silly. You can’t build a scalable fabric with fixed switches.”

My response to that: Think again. Perhaps it’s time to question the preconceived notions of what a network architecture should look like, and the form factors we instinctively turn to at each layer in the network . Ask yourself a very basic question: “Why do I want so many ports shoved into one box?” Are you building a scalable network? Or are you designing around arcane Layer 2 network protocols?

What would an efficient and scalable network look like if we could eschew the premise of arcane Layer 2 protocols (STP)? And instead build the network with new alternatives such as TRILL, OpenFlow, or Layer 3 fabric underlays with network virtualization overlays (VXLAN, NVGRE, STT).