If you are not familiar with the innovation in Cisco Nexus 7000 it’s easy to just dismiss it as “Cisco’s answer to Force10”. The reality is, the Nexus 7000 is much more than just a “me too” 10-gig switch to compete with likes of Force10, Foundry, Extreme, and others – Nexus is a complete technology leap beyond what any other switch vendor has to offer today.

The fact is, Nexus 7000 is not just another 10-Gig switch. Nexus is a platform that will transform the Data Center as we know it. Nexus 7000 is in a much different league than what any other switch vendor has to offer today and is a product of Cisco’s leadership in Data Center innovation and transformation. 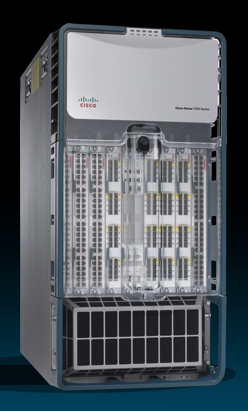